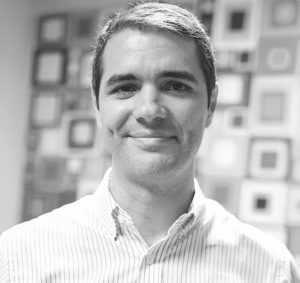 D’Alessandro has been guest speaker at 17th Venice Architecture Biennale on the dialogue “The unifying role of design in our cities”, awarded by Academia Nacional de Arquitectura de México for his contributions to the field, member of jury at Francisco Luis Porrata-Doria Medal architectural award granted by Pontificia Universidad Católica de Puerto Rico, Santo Domingo host for the World Bank project Participative Urban Design led by Austrian firm Superwien, is currently one of the urban resilience project leads at Columbia World Projects-Columbia University,  invented and patented a foldable film architectural structure aimed to address needs in the aerospace and light tent industry. In 2019 he was the invited lecturer to the official 257Th session of Academia Nacional de Arquitectura de México Capítulo Monterrey.

D´Alessandro has authored and published articles on architectural form in journals of the Architectural Institute of Japan (AIJ), coauthor of book “The Italian Legacy in the Dominican Republic: History, Architecture, Economics, Society” (Saint Joseph´s University Press), his doctoral dissertation in Western Michigan University probes into the relationship between collective memory and social behavior. D’Alessandro’s experiments on sustainable architecture have been highlighted in World Architecture News and the Czech Technical University in Prague publication “150 000 PET Bottles, A Book on PET Bottles in Architecture. He is coordinator for Santo Domingo at Unión de Ciudades Capitales Iberoamericanas (UCCI), as well as at Ciudades Capitales de Las Américas frente al Cambio Climático (CC35).

Alumni at Universidad Iberoamericana de Santo Domingo, D’Alessandro was awarded the Japanese MEXT Scholarship to attend an architecture and planning master course at Mie University, Japan, were he trained from 2001 to 2005. Later on, he earned his Ph.D. in Western Michigan University within the Department of Educational Leadership, Research and Technology. Parallel to his graduate studies, D’Alessandro started a professional and academic career focused in sustainable architecture, urban planning and architectural education. Since 2016, he serves as a mayors’ advisor and leading public official at the City of Santo Domingo, which has been considered the fastest growing urban economy of The Americas by Oxford Economics. In such capacity, he coordinated among other social contracts, the construction of Plan Estratégico del Distrito Nacional 2030, and currently co-works in regulations and urban design projects aiming at improving the quality of life of the people in the city.  Parallel to his public work, since 2018 he leads the Escuela de Arquitectura de la Universidad Iberoamericana (UNIBE), known for the quality of its educational standards, innovation and social impact. D’Alessandro has been invited to participate as contributor to city development panels held by the Organizzazione Internazionale Italo-latinoamericana (IILA), UNDP, CEPAL, CC35, and World Bank.

As a social entrepreneur, he created the Hispaniola Sustainability Forum (FHS) that reunited for two years (2014 and 2015) social, political, scientific, civil and academic leaders of Dominican Republic, Haiti and the United States, to discuss the integral challenges of the region and seek for common goals and interests. Additionally, in 2018 he created Foro EAU de Arquitectura Inmobiliaria, an ongoing yearly encounter to discuss the role of architectural and urban design for real estate projects in the sustainable development of the City of Santo Domingo.

In 2021, D´Alessandro was awarded Distinguished Visitor of San Juan de Puerto Rico by the city´s Mayor, Mr. Miguel Romero. In 2022, D’Alessandro was awarded the Academic Excellence Award by the President of Universidad Iberoamericana. Previously in his career, his teamed design work was awarded by the Holocaust Human Rights Center of Maine and the City of Henderson (Nevada) within the context of international design competitions. In 2018, D’Alessandro was invited by Bloomberg Philanthropies and the World Health Organization to Kuala Lumpur as a regional leader to attend their workshop in the eve of the World Urban Forum 9 (WUF9). 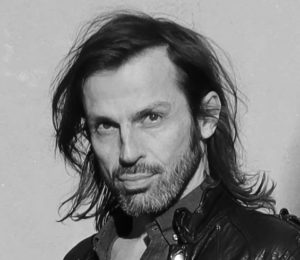 Helge Mooshammer is an architect, author and curator. He conducts urban and cultural research in the Department of Visual Culture at the TU Wien, is Co-Director of the Centre for Global Architecture, and Research Fellow at Goldsmiths College, University of London. He has initiated and directed numerous international research projects focusing on issues relating to (post)capitalist urban economics and urban informality, including the Austrian Science Fund (FWF) projects “Relational Architecture” (2006-09), “Other Markets” (2010-15) and “Incorporating Informality” (2018-23). In 2008 he was a Research Fellow at the Internationales Forschungszentrum für Kulturwissenschaften (IFK) in Vienna. He has taught at a number of institutions, including the University of Art and Design Linz, the Merz Akademie Stuttgart, and Goldsmiths College, University of London.

Helge Mooshammer’s current research is focused on architecture, contemporary art and new forms of urban sociality in a context shaped by processes of trans-nationalisation, neo-liberalisation and infrastructuring. Together with Peter Mörtenböck he curated the Austrian Pavilion at the Venice Architecture Biennale 2021, which explored the theme of “platform urbanism”.

His latest publications co-authored with Peter Mörtenböck include Informal Market Worlds: The Architecture of Economic Pressure (with Teddy Cruz and Fonna Forman, nai010 publishers, 2015), Visual Cultures as Opportunity (Sternberg, 2016), Data Publics: Public Plurality in an Era of Data Determinacy (Routledge, 2020), and Platform Urbanism and Its Discontents (nai010 publishers, 2021). The two authors are currently working on their new book, Building Capital: Urban Speculation and the Architecture of Finance.

Peter Mörtenböck is Professor of Visual Culture at the TU Wien, Co-Director of the Centre for Global Architecture and Research Fellow at Goldsmiths College, University of London. His research is focused on the architecture of the political community and the economisation of the city, as well as the global use of natural resources, urban infrastructures and new data publics. Together with Helge Mooshammer, he curated the Austrian Pavilion at the Venice Architecture Biennale 2021, which explored the theme of “platform urbanism”. Currently he is leading the Austrian Science Fund project “Platformed City” (2022-2026). 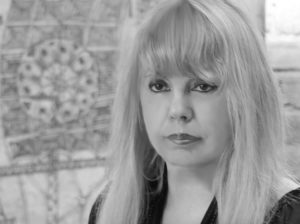 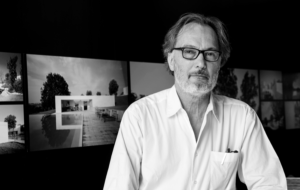 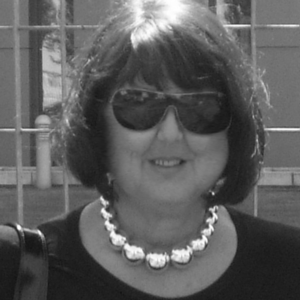 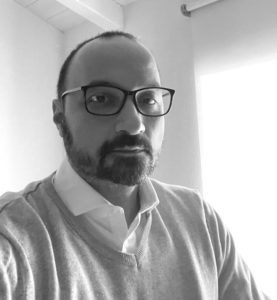 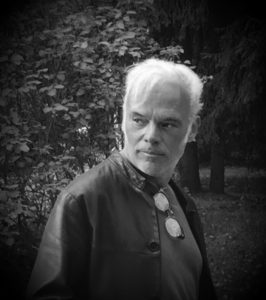 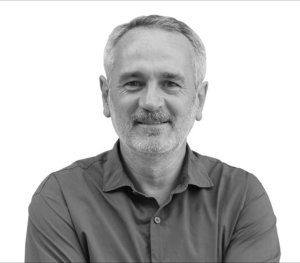 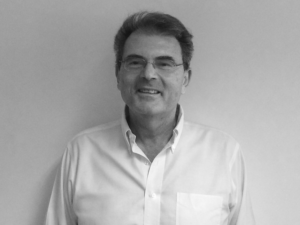 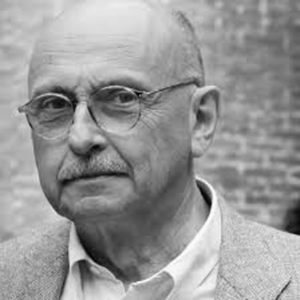 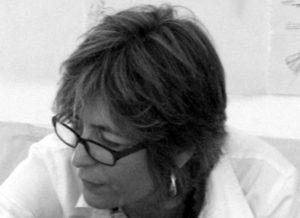 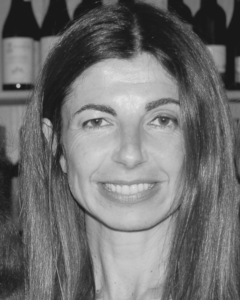 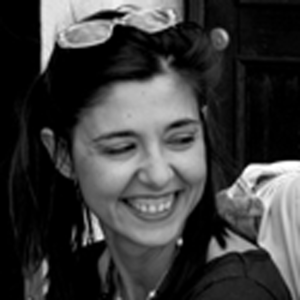 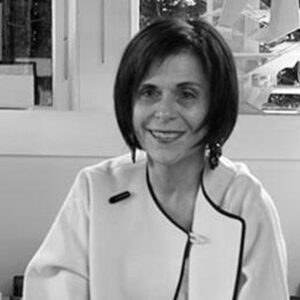 Judith DiMaio, FAIA, RIBA is a licensed architect. In 2013 she was inducted into the Society of Fellows of the American Institute of Architects FAIA). This is a prestigious position only granted after a rigorous selection process based on portfolio, academic accomplishments and the extent to which someone has contributed to society through their profession. The statement made by the Selection Committee of the AIA reads as follows:

“DiMaio is an architect, educator and influential design strategist. Her research-based design approach has repositioned history as an active trans-historical component in the design process, expanding the repertoire of architectural strategies for students and professionals.”

Her decades in academia combined with her extensive world travel have enabled her to forge a unique role within the architecture and design industries Her time as a Senior Designer at Kohn Pedersen Fox (KPF), a New York based architectural firm, provided her with the opportunity to apply her unorthodox methodology to design and problem solving where her designs received praise from both the firm and the press.

In 2016 the firm of Bruce Nagel and Partners invited Ms. DiMaio to join as Design Partner. She was a partner through 2019, at which time she resumed a position as consulting architect based in Rome, Italy.

DiMaio is Dean Emerita of NYIT’s School of Architecture and Design, and is currently a Professor for the University of Notre Dame du Lac’s Rome Program. Ms. DiMaio was previously an Associate Professor at Yale’s School of Architecture. DiMaio has been a visiting professor and lecturer at numerous universities here and abroad.  Ms. DiMaio holds a M Arch from Harvard, a B. Arch from Cornell, and a B of Arts  from Bennington College. She was awarded the Rome Prize in Architecture and subsequently a Fulbright-Hays Scholarship.